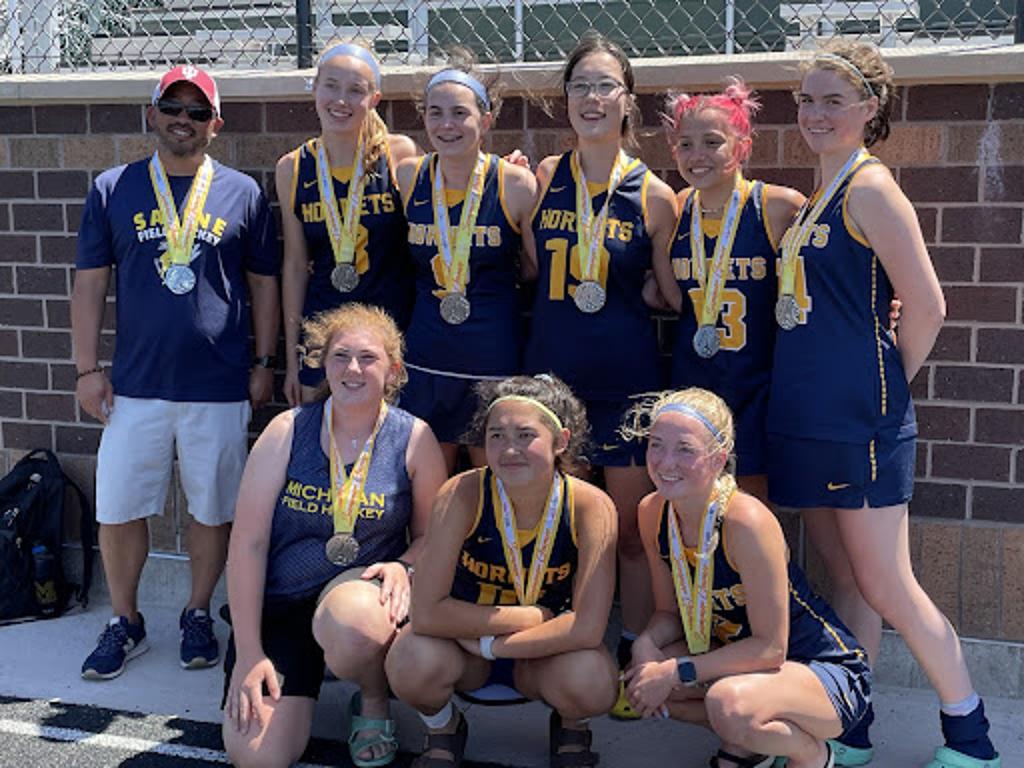 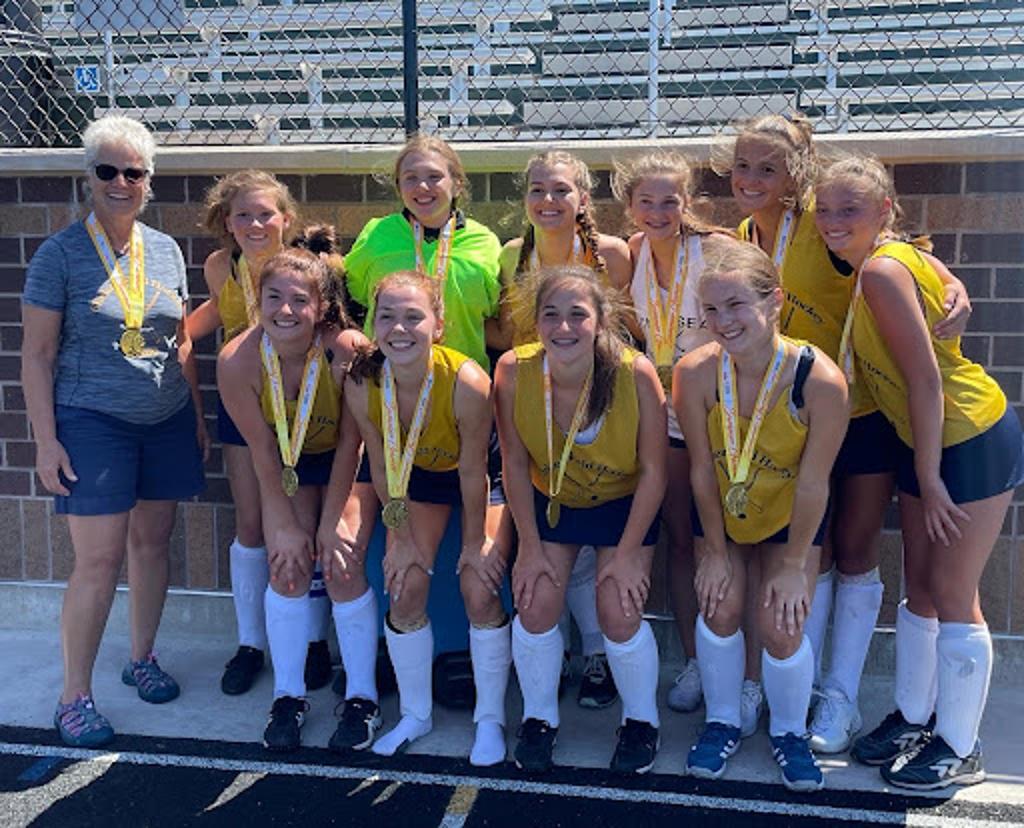 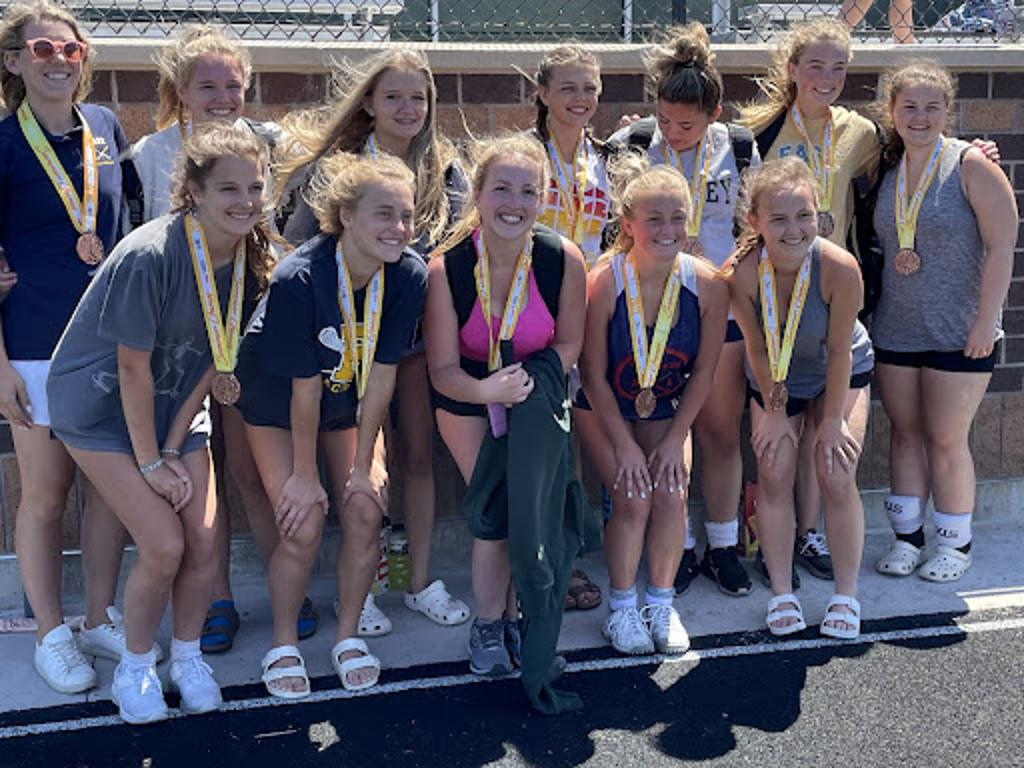 Team camaraderie, laughter, and sunshine were all part of the Olympic-style field hockey event held in Grand Rapids on Sunday, June 26th. This is the 8th year that field hockey has been a part of the Meijer State Games of Michigan summer festival. The State Games are part of a collection of events across 29 states that encourage health, physical fitness, and character building via sports activities that are open to all.

As sports continue to rebound from COVID, organizers made some changes to this summer’s event to allow more teams to participate.

“During the summer, we know it’s hard for coaches to arrange for full teams due to vacation schedules and other events, so we went to a 7 v 7 tournament this year,” said tournament directors Jon and Andrea Shaner. “The new format was well-received, and we plan on using it again in 2023 in order to help add younger age groups and adult play.”

Each team played five games throughout the day, earning points for wins and ties, with the top 3 teams earning medals. In the end, it came down to a first-place tie between Chelsea and Saline, who each won four games. Since the teams tied each other head-to-head, the next tiebreaker of total goals allowed was used, and Chelsea came away with the gold medal. Saline took the silver, and East Grand Rapids earned bronze. In addition to the action on the field, the State Games weekend offers opportunities for participants to enjoy an Olympic-style opening ceremony, which included a parade of athletes, appearances by past Michigan Olympians, and a daredevil stunt show. Some families used the weekend to enjoy other attractions in West Michigan, from Lake Michigan beaches to Grand Rapids’ amazing arts, food, and craft beer.

We hope to see you there! 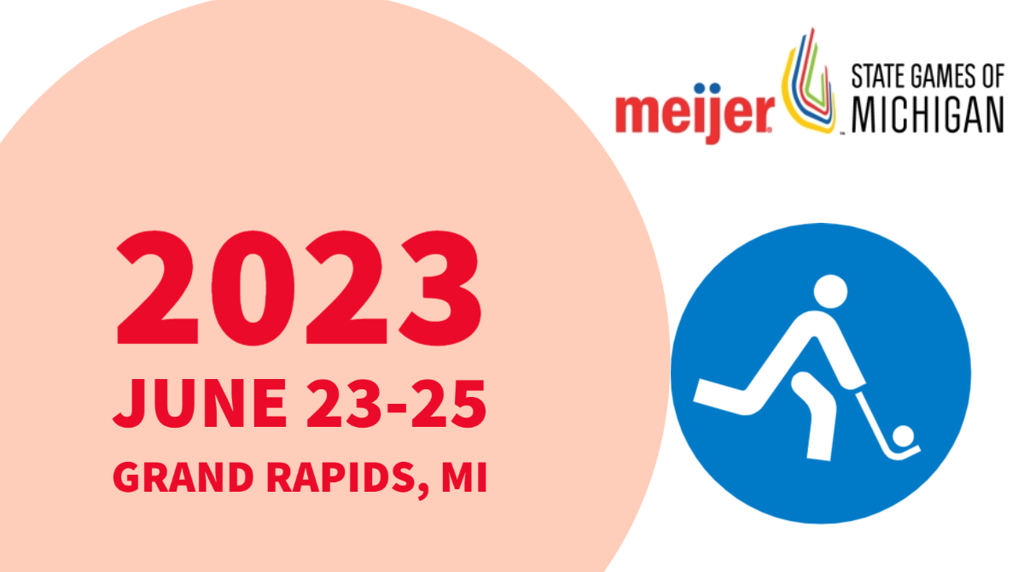